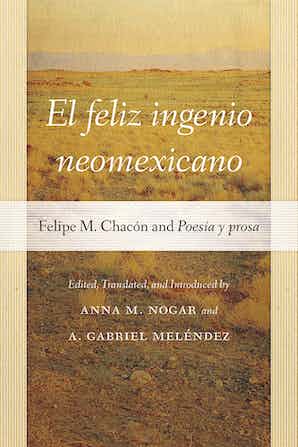 A. Gabriel Meléndez is a Distinguished University Professor and the former director of the Center for Regional Studies at the University of New Mexico. Meléndez is the author, editor, and co-editor of numerous books, including The Book of Archives and Other Stories from the Mora Valley, New Mexico; Santa Fe Nativa: A Collection of Nuevomexicano Writing (UNM Press); and The Writings of Eusebio Chacón (UNM Press).