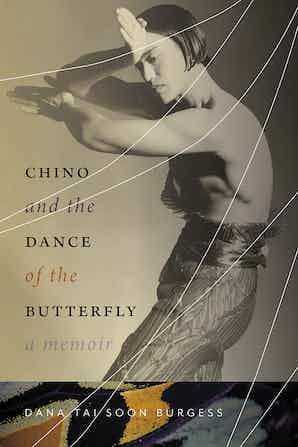 Renowned Korean American modern-dance choreographer Dana Tai Soon Burgess shares his deeply personal hyphenated world and how his multifaceted background drives his prolific art-making in Chino and the Dance of the Butterfly. The memoir traces how his choreographic aesthetic, based on the fluency of dance and the visual arts, was informed by his early years in Santa Fe, New Mexico. This insightful journey delves into an artist’s process that is inspired by the intersection of varying cultural perspectives, stories, and experiences. Candid and intelligent, Burgess gives readers the opportunity to experience up close the passion for art and dance that has informed his life.

Dana Tai Soon Burgess is a leading American choreographer, arts administrator, and cultural figure known worldwide as the “Diplomat of Dance.” In 1992 he founded the Dana Tai Soon Burgess Dance Company, the preeminent modern dance company in Washington, DC. Burgess has been the Smithsonian Institution’s first-ever Choreographer-in-Residence based at the National Portrait Gallery. He has served as a Cultural Ambassador for the US State Department for over two decades, has received two Senior Fulbright scholarships for dance, and was awarded the Selma Jeanne Cohen Award in 2021. He and his husband, Jameson, live in the nation’s capital with their dogs, Bana and Dali.